Fresh, simple, affordable and Off the Hook recipes!

The variety of recipes are from my Artisan back ground cooking to my fresh catch of the day!

Using the freshest ingredients available to create healthy, simple and delicious recipes at affordable prices that are off the hook!

It's the season everyone!! Make a few simple changes to your holiday feast! 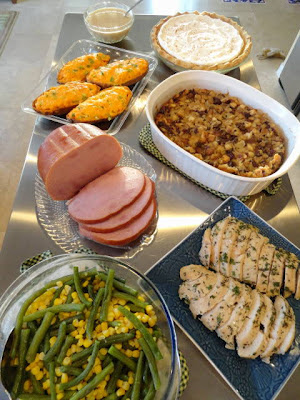 Make it healthier and leaner and still keep all of that goodness taste this Holiday Season!

Instead of the entire turkey marinate a turkey tenderloin in rosemary and parsley with a little of extra virgin olive oil and marinate in the fridge a couple of hours. Take out of the fridge and let it come to room temperature bake for 35 minutes on 350 degrees. Remove from oven and let it rest for 10 minutes before slicing!

Instead of the traditional green bean casserole loaded with calories. Boil 3 cups of fresh cut green beans with 2 cup of frozen corn kernels with 1 tablespoon of garlic butter. Keeping your veggies very tasty and good for the waste line ;)

Instead of the fattening sausage in your stuffing use turkey sausage breakfast patties fully cooked and add dried cranberries and voila you save on tons of calories but you do not lose the fabulous taste of homemade stuffing ;)

Instead of spreading brown sugars all over the top of your ham , buy a turkey ham and boil it in light beer and you will have the moistest ham you ever ate and it was super low in calories and big on taste.

Instead of sweet potatoes loaded again with sugars or marshmallows twice bake your sweet potatoes by emptying the skins and mixing them with a little butter, light sour cream and onion and chive cream cheese re fill the potato skins top with extra sharp cheddar and green onions broil until cheese has melted.

You know without all of the fattening pan drippings your gravy certainly can come from a instant gravy package McCormick makes a fabulous turkey gravy... nothing wrong with taking shortcuts that also save you on calories but you still feel like you are cheating when you are pouring it on :)

Make an eggnog pie many recipes online and well it’s half the calories as your pecan pie and is very satisfying…
Hope you all enjoy these new tips on changing the old traditional dishes to more new and better for you Holiday favorites!!
Posted by Josee Lanzi at 8:36 AM No comments:

Move over traditional sweet potatoes try these instead as a side!

Posted by Josee Lanzi at 7:28 AM No comments:

Posted by Josee Lanzi at 7:24 AM No comments:

Help feed America during this Holiday Season and my Dedication goes to..Cooks Across America 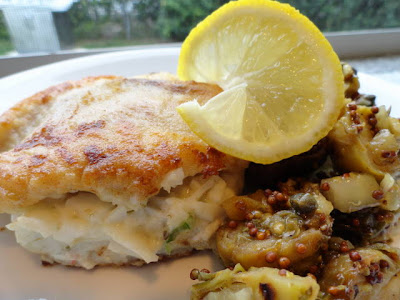 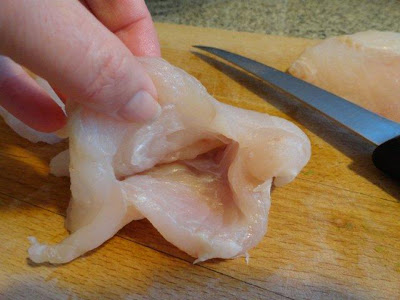 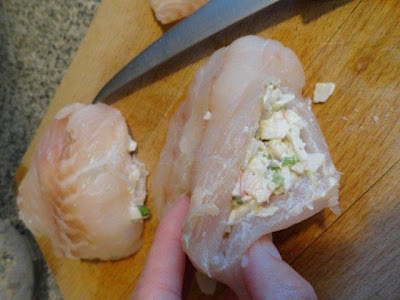 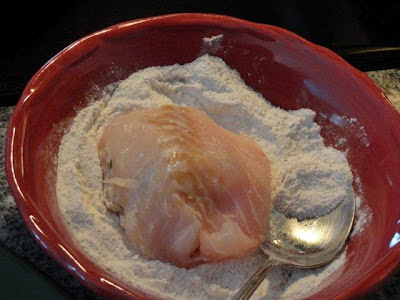 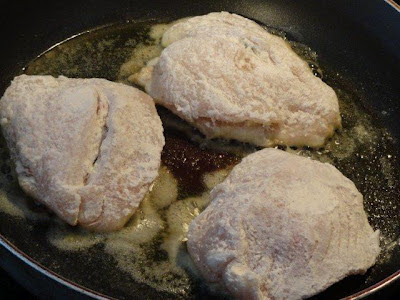 Take a large grouper filet or two smaller ones and cut in 4 oz pieces. Take your knife and cut a pocket out of each grouper pieces and set aside. In a small mixing bowl add crab meat a little mayonaise, spinach or stuffing mix and /or cream cheese and lemon zest mix well. Make it your own stuff fish is always a fancy but easy way to prepare a fish meal and sure to impress anyone! Take filling and split equally to fill the pockets you created in each grouper pieces.
In a separate bowl add flour and old bay mix well. Take your stuffed grouper filet and coat with seasoned flour gently on all sides. On stovetop in a frying pan on medium high heat add oil and butter until butter is fully melted and very hot add your grouper and cook 7 minutes and then turn and cook an additional 5 to 7 minutes. Served with a squeeze of a lemon juice on each.
Posted by Josee Lanzi at 2:59 PM 1 comment:

Touch of Giving... Help feed America during this holiday season!

Go to www.realwomenofphiladelphia.com sign in and uploade your videos to contribute to this worthy cause.
Posted by Josee Lanzi at 10:32 AM 1 comment:

Fishing/Cooking the fresh catch of the day with Josee

Josee Lanzi
Happy!I enjoy making people happy good food makes people happy it's my way to show love for family, friends, co workers, neighbors, I just love it! You have to eat to live right? I was born in Quebec, Canada the biggest French part of Canada. My parents had a restaurant when I grew up and grandma was a great teacher too!I also have a second passion and that is fishing I have been fishing since the age of 4 first in the rivers in Canada but then moved to Florida when I was 10 years old and fell in love with Saltwater fishing, If you don't see me in the kitchen cooking you will see me out on my boat catching fish to create yet another fresh catch of the day dish! It just doesn't get better than that and that is what I mean about simplicity at its best! Off the hook, on the plate! Sometime Off the hook is really off the hook but sometimes it's an off the hook dish I just whipped up with a few simple on hand ingredients!! Got to love that!! Doing things you love and that lets' you enjoy others and makes others happy what else could you ask for really? Every day is a new day you never know what it will bring! Making the best of everyday is what I'm all about!